RegTech Analyst
Home Perspectives Advisors How will RegTech evolve in the future? 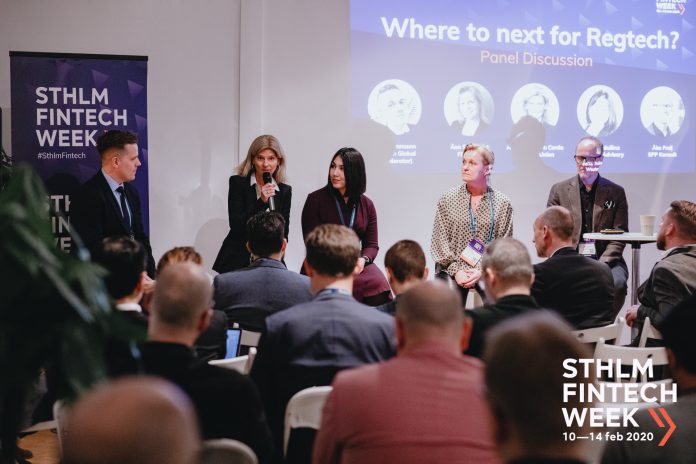 The financial market is global and constantly dealing with new technologies and weighed down with ever-expanding regulations. So where does that leave the future of RegTech?

RegTech is changing. Despite only having less than a decade to its name, the sector is evolving faster and faster as the investment rounds it attracts are growing at an annual rate. However, it can be difficult to see exactly where the industry is heading, what the key drivers of the sector are, what regulations will affect it the most moving forward and what technologies will be used to provide compliance solutions to its clients.

Fortunately, a panel at Sthlm Fintech Week answered some of those questions on Monday, February 10. The panel was titled Where to Next in RegTech?. It was hosted by RegTech Analyst’s editor Eric Johansson.

The panel consisted of Anette Trulsson Corda, head of the Nordics at Western Union, the international money transfer company; Zaliia Gindullina, head of business development at Kidbrooke Advisory, the software venture enabling better decision making in the financial industry; Åsa Sundqvist, head of business development and partnership at FileChain, the company making decentralised marketplaces and overlay-distributed ledgers a reality; and Åke Freij, head of consulting and calculation services at SPP Konsult, the pension advisory, and an affiliate research fellow at Stockholm School of Economics.

The panel kicked off by identifying the macrotrends the panellists believed were affecting the RegTech industry the most at the moment. “For my part, and maybe it’s a bit obvious, but I would say it is regulations and technology,” said Gindullina.

She identified the EU’s Markets in Financial Instruments Directive (MiFID II) and the General Data Protection Regulation (GDPR) as two key pieces of legislation that are already affecting the industry.

GDPR in particular was highlighted as an interesting piece of legislation for RegTech companies to pay attention to. “For instance, [Article 22] in the GDPR actually regulates how automated decision making should be processed,” Gindullina said. “And I think that within the trend of using different mathematical models or algorithms to conduct some sort of activity that results in a legal binding agreements, the businesses will have to have some RegTech solutions, ie [to put the innovation] frameworks and toolkits in place in order to make sure that they are compliant and that the interests of their clients are taken care of.”

Sundqvist agreed, adding that there are a lot of isolated regulatory systems around the world, and a lot of different and divided RegTech solutions to boot. She argued that the “next big thing” in the RegTech space would be to encourage these different systems to collaborate more. Sundqvist also suggested that the next few years might see regulators and RegTech innovators deal with how originally centralised rules might work in a decentralised world. “I think there will be a catch-up during [the 2020s] to try to regulate what is already happening in the market,” Sundqvist stated.

Other pieces of regulation that were predicted by the panel to keep having a huge impact on the sector were anti-money laundering and counter-terrorism financing laws.

Globalisation was also highlighted as a key driver of the evolution of RegTech. “Globalisation [is the reason why] money, people, and information and data are crossing borders,” said Trulsson Corda. “It’s doing it today. There are some nationalist things and populism going on [around the world], but that will not change the fact that this is a global market. And we need to consider that when we look into the solutions and the way we manage finance and RegTech.”

She also stated that she hoped and expected that, in the future, regulators and authorities will “work with the corporations a little bit more closely and making sure things are actually possible to implement and efficient enough.”

Noting how UK regulators have adopted an approach along these lines, Trulsson Corda hoped she would see similar initiatives launched across the world in general and in the Nordics in particular. “That’s something that I think should happen and needs to happen for this to be a successful, well-working system that actually does what it’s supposed to be doing, which is keeping the bad guys out and letting good customers do what they need to do,” she said.

The RegTech industry has grown tremendously over the past decade. Globally, the industry attracted $1.1bn in investment in 2015. That figure jumped to a massive $8.5bn in 2019, according to RegTech Analyst’s research. This growth comes as the tech scene in general is seemingly facing a slowdown in investment.

However, the panel did not believe this downturn would be seen in the RegTech industry any time soon. “[Investments] will probably keep on growing within this space for quite some time,” Trulsson Corda said. “I think what’s really important here is also to look at not only what you invest in in terms of the technology, but some of the things we’ve heard here [at Sthlm Fintech Week are] that we actually get the people involved the training and to make sure that [it], whatever we implement, is working across all the customer touch points. So there’s still a lot of work to do.”

Gindullina also believed the sector would keep growing. “I think that what is unique and interesting about RegTech solutions are that they’re trying to improve the business processes and make them more efficient, which probably will contribute to the interest from the perspective of the financial institutions to actually looking into ways to cut costs,” she said.

Freij, while offering a predominantly positive perspective, did raise a warning to the industry. “Yes, the RegTech industry will grow and it will be much bigger in a few years time,” he said. “However, there’s this famous quote to never mistake a clear view for a short distance.”

Specifically, he advised RegTech buyers to adopt a macro-perspective view of what they would need and not just buy plenty of solutions to plug small issues. “The buyers need to find a way to utilise the functionality or the services of RegTech, not just buy something on the side, and have a really long-term view for what capabilities you are buying, not only buying a solution for MiFID III Article Four or GDPR Article 28. If you don’t have that you will end up with a RegTech spaghetti.”

Finally, the panel discussed what technologies they think are going to be leading the growth of the sector moving forward.

“There is talk about this hype about new technologies such as ledger-like blockchain technologies, AI [and] machine learning, but my data shows that it’s a fairly small part of the space that is based on those technologies,” Freij said. “It’s more mature [solutions], like information processing, information management or business process management out there [that dominate the sector]. Will the small portion of AI, machine learning [and] blockchain technologies grow? Yes. But again, I think you have a fairly conservative group of buyers that needs to understand the value of these technologies. There are some spearheading companies that needs to sell that to them.”

Gindullina suggested that the sector could also see a growth in explainable AI. She said that a lot of the mathematical models, or neural networks, that are “often viewed as black boxes” could potentially become “a nightmare to implement somewhere very regulated and where you need to have a rigorous validation framework that would check whether it actually makes sense.” “So I think that, technology-wise, [more] explainable AI [solutions] within that part could make some sense in the future,” Gindullina concluded. 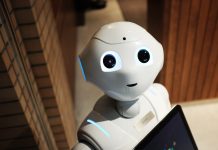 Debunking the myths of AI in RegTech 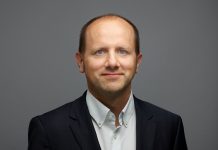 How AI can find the unknown needle in the haystack 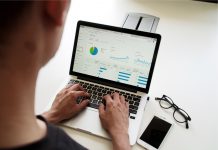 How a data-driven approach can help against financial crime 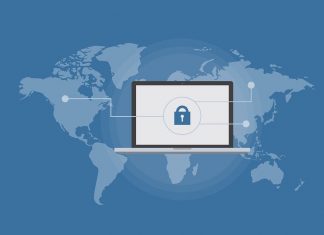 What are the cybersecurity risks financial services firms should be aware...