RegTech Analyst
Home Legislation AML How Arctic Intelligence went from being a side hustle to leading the... 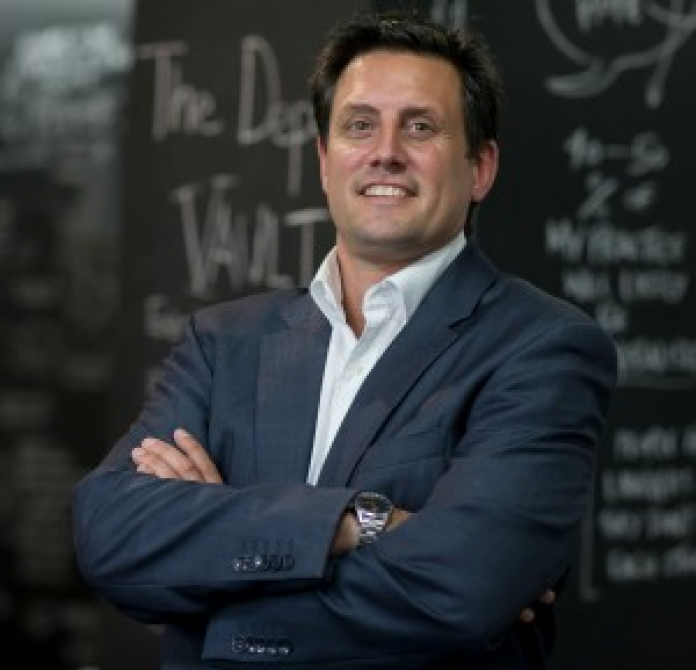 From working at his dinner table to being named a leader of Australia’s RegTech industry, Anthony Quinn has come a long way since launching Arctic Intelligence in 2015.

Anthony Quinn is a busy man. As the founder and CEO of Arctic Intelligence, he is overseeing a RegTech enterprise that spans not just its native Australia, but also has clients in Hong Kong, New Zealand, Singapore, South Africa, Brunei, Europe, the UK, the US and Canada. At the moment though, the coronavirus is taking up a lot of his time.

“Like many businesses we are currently working through the impacts of COVID-19 on our staff, clients and partners, so we can position our business in a way that we can weather the storm,” Quinn tells RegTech Analyst. “We are fortunate in many ways that at the core of our business we have cloud-based platforms, with online support and our team are experienced in remote working so in some ways its business as usual and other ways, it is a very unusual and unprecedented situation.”

Of course, Quinn is no stranger to tackling challenges, having built the company from the ground up, developing it from being a side hustle at his dinner table to becoming an international tour de force.

“It got me thinking about the millions of companies subject to these laws that lacked the capacity or capability to meet their obligations exposing them individually as well as their businesses to risks and that I could apply my knowledge, skills and experience by building technology platforms that helped ease the burden on businesses,” he remembers.

But an idea is nothing if you don’t have the grit to see it through. Luckily, Quinn had that in spades. “I just jumped in head-first and started to formulate my ideas into a rough design for a financial crime audit platform and then started looking for someone to help translate these ideas into a wireframe prototype and then an application,” he says. “To be honest, I didn’t have the slightest clue about the challenges and obstacles of founding and running a startup. But on reflection, that was a blessing in disguise as it provides the opportunity to innovate, learn new skills and deeply think about new ways of working – it is better to commit and work it out as you go.” He founded the company in 2013 and then set off to work.

His first step towards realising his vision was to enlist the services of a development team that could create “a cohesive wireframe design so that I could share that with my network and get feedback.”

“I showed just about everyone that was willing to have a coffee with me the working wireframe on my iPad and, without fail, everyone had a new thought or idea, which was used to refine the initial design,” Quinn continues. “Then I commissioned the same team to build it, agreed stage gate milestones with payments attached and got the first version out the door that way.”

It was a lot of hard work, which was even more of a challenge as he split his time between what would become Arctic Intelligence and working at Macquaire Group, the financial services firm. He describes the experience as “exhausting but very invigorating.”

“I had agreed with Macquarie to work four days a week, carving out one day a week for my side-hustle,” Quinn recalls. “Before my day-job, I would spend a few hours reviewing decisions the offshore development team needed from me, do a full-on day at Macquarie and on the bus on the way home would get funny looks having conference calls with the development team, so they could work through my evenings to give me more decisions to make in the morning. After about a year of doing that continuously, I was ready to move on and give it a go.”

However, few companies can get on with gusto and grit alone. Most need money to back up those aspirations. “Please don’t show my wife this article but I re-mortgaged our house and put in a few hundred thousand dollars to build out our first MVP, which was a big gamble,” he says.

Yet, the key step towards securing the capital needed to get the venture off the launchpad came about a year into his entrepreneurial journey. “I had a very fortuitous breakfast with a friend of mine and we spoke about the challenges of juggling full-time work to pay developers and needing to find some backing to commit to the business full-time,” Quinn remembers. “He asked me ‘do you want me to rattle the tin with some of my friends?’ and I said yes, please, thinking that would be the last I would hear from him. He called me back at lunchtime and said ‘I have got you your money’ and the rest, as they say, is history.”

Another key moment in his journey came as he was finishing his last project at Macquarie Group and heard about Stone & Chalk, the Australian innovation hub, which was about to launch at the same time. “I reached out to Alex Scandurra, the CEO, to see if I could become part of this,” he says. “I was one of about 40 founders who started back in late 2015 when Stone & Chalk first opened its doors and our whole team is still based there now.

“Being part of the Stone & Chalk and the RegTech Association has helped shine a light on FinTech and RegTech firms that are looking to make a difference in the world and both organisations provide great support networks and programs to give businesses the best fighting chance to succeed against all odds.”

This backup was something he relied on in the months he would end up spending to convince potential clients that the would need of conducting an audit on the design and operational effectiveness of financial crime controls. “[To] be frank, not much has changed in Australia since 2015, as the attitude to compliance – and most other things in life – is ‘she’ll be right mate!’”

“Suffice to say many of casinos and banks have been in the press a lot lately for systemic non-compliance and poor financial crime risk management capabilities and luckily we made it this far and can genuinely help these companies if they are willing to engage with us,” Quinn says.

Despite these setbacks, Quinn kept putting his nose to the grindstone. After 18 months of setbacks, he had a stroke of good fortune when he was was introduced to Tim Phillips, Deloitte’s Southeast Asian forensic and analytics practices lead as well as the APAC leader for the Financial Crime Strategy and Response Center. “He got my vision straightaway and shortly afterwards we had negotiated an agreement to start working together – this changed everything for us,” Quinn says. “This was a pivotal moment for me and for our company as finally we had found a champion and sponsor that was willing to take a chance on us and we were not about to let them down.”

The partnership was announced in 2018. “We continue to have a strong relationship with Deloitte who helped mature our platforms and who white-label our Risk Assessment and Health Check platforms and use this to execute enterprise risk and compliance gap assessments with their clients.”

In 2016, Quinn decided to launch a second venture: AML Accelerate. “AML Accelerate came about like all good ideas, after a few beers with a friend and industry expert Neil Jeans, the principal of Initialism,” he remembers. “We started talking about the possibility of building a cloud-based guided money laundering and terrorism financing risk assessment platform, tailored to financial and non-financial services industries and AML programmes [and] policies tailored to the AML regulations of different countries to make it far easier and more cost-effective to conduct enterprise risk assessments.

Arctic Intelligence coming into its own has coincided with huge changes to the Australian financial space. Over the past five years, investment into the FinTech space has skyrocketed. In 2015, the industry only attracted $224.4m worth of investment. That figure had jumped to a smashing $1.45bn in 2019, according to FinTech Global’s research.

The rise of the FinTech and the RegTech industry as well as the changes in the financial industry can be tracked back to the Australian Royal Commission into Misconduct in the Banking, Superannuation and Financial Services Industry. The commission was launched 2017 and led by commissioner Kenneth Madison Hayne. As it spent the next two year reporting on its findings, it became clear that the sector had serious shortcomings in its governance, risk management and compliance frameworks. In short, things needed to change in the industry.

“There is a lot of opportunity within the banking sector to drive digital transformation by the adoption of technology to adhere to their AML compliance obligation,” says Quinn. “Our technology helps to deliver better risk and compliance outcomes that will strengthens the way the Australian banking sector combats financial crime.” And there are signs that these changes will continue even after the end of the Royal Commission in 2019. The anti-money laundering regulator AUSTRAC has upped the ante by forcing companies to provide detailed self-assessment reports. Moreover, it hasn’t let up the pressure on the big banks and is currently pursuing Westpac, one of the four biggest banks in Australia, for failing to report 23 million suspicious transactions between 2013 and 2018.

That being said, Quinn believes there is still a lot to do. “Australia is still years, or even decades, behind other regulatory regimes in two key areas,” he says. “The first is that AML laws still have not been expanded to gatekeeper professions like lawyers, accountants, real-estate agents, trust and company service providers and high-value dealers, making Australia an attractive place for money launderers.

“The second is that there is still no mandatory independent review period requiring AML programs to be tested to determine whether they are compliant with the law and as a result thousands of regulated businesses have not undertaken this in years and it is highly probable that if they were tested AUSTRAC would find widespread non-compliance.”

Yet, things are changing and Arctic Intelligence is especially well placed to leverage this opportunity after securing a $2.8m raise in a private funding round in late 2018. The money was used to acquire the company’s joint venture partners stake in AML Accelerate and to invest in building and expanding the AML Accelerate platform and developing Arctic’s Risk Assessment Platform.

Arctic Intelligence has come a long way since the 2015 launch. Earlier this year the scaleup took home the top gongs in the Australian Founded RegTech of the Year and RegTech Exporter of the Year 2020 categories at the RegTech Association’s annual awards ceremony. Arctic Intelligence had also been recognised as a Rising Star in Deloitte’s Technology Fast50 at the end of 2019.

So where to next? “We are focussed on providing best-in-class financial crime risk and compliance platforms to our customers and have been focussing a lot of our software development activities on the Risk Assessment Platform, targeting major financial services, large corporates and major professional services advisors and have been engaged in numerous pilots around the world and are starting to see the hard work paying off, so fingers crossed we can weather the storm,” Quinn concludes. 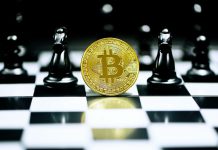 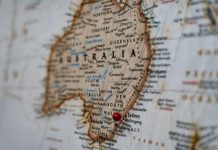 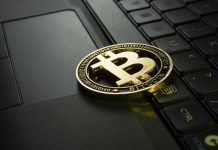 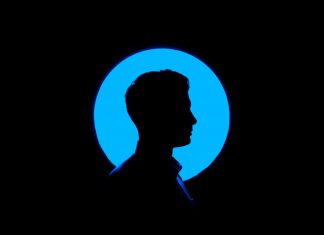 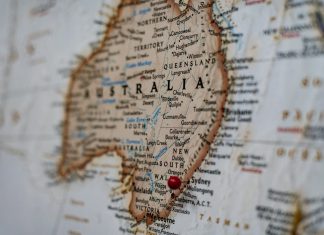